Since late 2019 some locals have again been collaborating on a project at Mansfield Secondary School to build an indigenous teaching garden to be used as an outdoor classroom and meeting place.

Begun by an inspiring group of four students, the project was taken up by local duo of Gaye Sutherland from Goulburn Broken Catchment Management Authority (GBCMA) and Karen Sutherland from Edible Eden Design, who have worked together on similar projects over the years. The project has had valuable input from Bernadette Franklin and Angela Ten Burren from the local Taungurung group, the first people of the area around Mansfield. With their deep knowledge of Taungurung culture,  Bernadette and  Angela were able to bring many insights to the design process. The project has also been supported by the MSC community, Landcare and Euroa Arboretum and received a grant from the Australian Government Regional Landcare Program.

A beautiful Taungurung word ‘Bagungga’, meaning to gather or collect, was chosen as the name for this new educational space. Bagungga will be an indigenous teaching garden with plants selected for their food, medicine, weaving, tool, and shelter as well as providing habitat for local fauna.

“The four girls attended the School for Student Leadership at Gnurad Gundidj in 2019. The concept of the garden was developed by the girls for their Community Learning Project, a requirement of their leadership course at the School for Student Leadership. The girls are Kate, Zoe, Lani and Hayley. They were very inspired by the indigenous learning which they received whilst at Gnurad Gundidj and hence the idea of a garden back at Mansfield Secondary so other students could also benefit.” 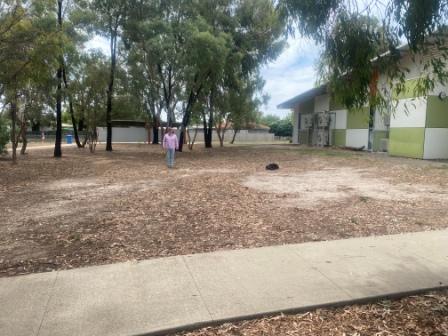 Jane Herbert the coordinating teacher showing me the garden site,  an under-utilised area near the cafeteria and music buildings. In the centre of the Yarning circle, which will be used as an outdoor teaching space, will be this outstanding fire pit, featuring a motif of the Bogong moth (Agrotis infusa), an important seasonal food source for the Taungurung. Laser cut by the team at DOW Engineering from Dookie, regional Victoria, this is certain to be a highlight of the garden. Rod Daw’s team has provided beautiful pieces for similar gardens before. The Bogong moth has like all wild creatures, been affected by increased urbanisation. During the garden design process, Shane Monk (Cultural & Natural Resources Officer at Taungurung) shared with us his concerns about the moth. Due to urban light pollution from Canberra, Bogong moths are diverted from their natural migration path, instead of heading south to the alpine region near Mansfield, so far few make it there today. The firepit will help to focus attention on the importance and also the plight of the Bogong moth.

The Victorian Alps Nursery at the Mount Hotham Resort provided plants for a part of the garden which has been designed to educate students and visitors about the critically endangered Mountain Pygmy-possum. Several plants are endemic to this alpine region and provide habitat and food for this tiny creature, such as the Alpine native pepperberry, Tasmannia xerophila, and the Mountain plum pine, Podocarpus lawrencei, the fruits of which are a food source for the Mountain Pygmy-possum.

The garden is a work in progress, which you can take a look at out in these photos 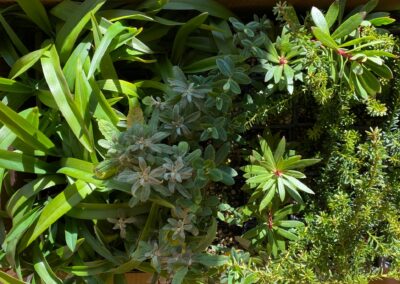 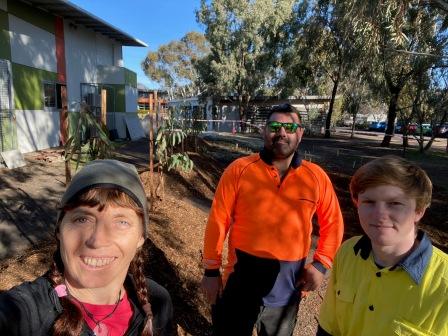 With grant funding from the  Australian Government Regional Landcare Program. 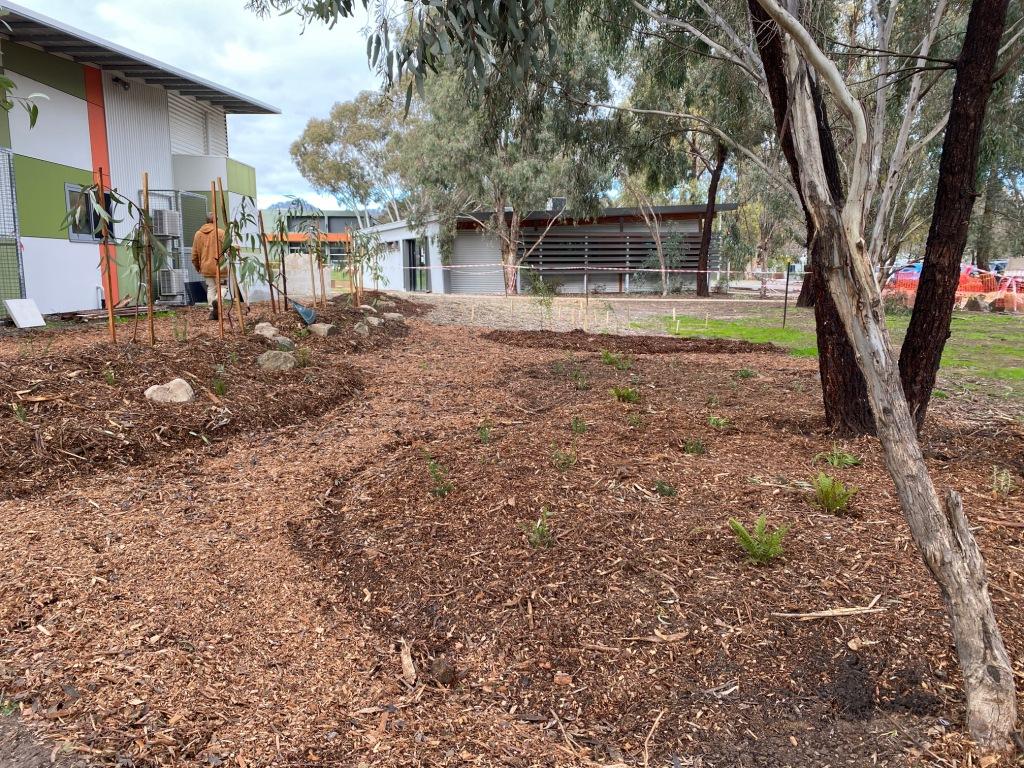 I’ll return to see how the garden is used, grows and develops.