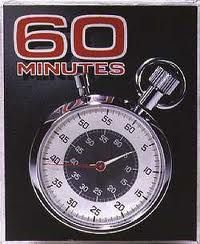 Below is a transcript of the program

If you’re sitting down to dinner, here’s a question for you.

Do you really know what you’re eating, or where it comes from?

Well, for a start, it’s probably loaded with fat, sugar and other nasties.

Many experts say our food is so highly processed and so full of additives, it’s not really food at all.

In fact, it’s making us sick.

So, if you’ve had enough of tasteless vegetables, fruit that’s been sitting in a freezer somewhere for months and packaged food with less flavour than the cardboard it’s wrapped in, why not join the world-wide revolution.

Grow your own, turn your backyard into a fruit and vege garden.

Visit Karen Sutherland’s Edible Eden Design website to find out more about her classes at: www.edibleedendesign.com

For more information on heirloom plants and seeds go to:
The Diggers Club at www.diggers.com.au/

LIZ HAYES: There’s a revolution coming. It’s a fightback against the fast-food, pre-packaged, snap-frozen pace of modern life, and it’s happening in our own backyards. Peter Cundall is leading the charge.

PETER CUNDALL: More and more people are starting to realise and worry about what’s on the food that they’re eating and what might be in it. When you grow a thing organically, there’s no poisons and there’s no chemicals and that means it’s full of nutrients, it’s full of vitamins and it has the most magnificent flavour. I’m saying to people dig up your lawn, it’s amazing what you can grow in your own garden and it’s absolutely remarkable what you can grow in a tiny area.

LIZ HAYES: For some, it’s about saving money. For others, it’s about eating healthily. For many, it’s simply about taking control of the food we eat. Whatever the reason, we’ve entered the era of the urban farm. Private tennis courts being ploughed up to make way for all things edible.

MAN: It’s the drive of doing something and growing your own food, and the tennis had to go.

LIZ HAYES: Community gardens springing up in the shadow of high-rise apartment blocks.

MAN 2: Thousands of people live here, it’s almost a suburb in the air, so if we had more garden space, it would be filled instantly.

LIZ HAYES: Australians everywhere are embracing what horticulturist Karen Sutherland has been encouraging for years. So how many different varieties of food do you have here?

KAREN SUTHERLAND: I have over 150 edible and useful plants in the garden.

LIZ HAYES: Who needs a supermarket when you’ve got a garden like Karen’s in inner Melbourne?

KAREN SUTHERLAND: I like to always have celery, spinach, parsley, lettuce, spring onions. You’ve got your basics and then you can just add into those with your seasonal things like peas and beans.

LIZ HAYES: Karen is seeing our return to nature first hand. She now spends most of her time teaching people how to grow their own fruit and vegetables.

KAREN SUTHERLAND: There’s a huge groundswell of interest and I’m quite excited to see it after years of doing it myself. For whatever reason it is, whether it’s the drought or rising food prices, there’s just a general shift in people’s attitudes.

LIZ HAYES: It’s all food for the table, and if you know how, you can keep it going all year. You know, I just had a flashback to my grandparents, and this is really where we’re going – back in time.

KAREN SUTHERLAND: We are. This this is what I grew up with. We had a big pantry full of fruits and sauces and jams and it is what we’re going back to, and I think it’s about time we got back there.

LIZ HAYES: For decades now, we’ve relied on supermarkets as the major source of all our food. But according to Professor Kerin O’Dea, much of what we eat is so highly processed, it barely even qualifies as food. Are we really buying food or something that looks like and tastes like food?

PROFESSOR KERIN O’DEA: Well by my definition, we’re not buying food. We have a flavour of x, y or z. It’s a very clever chemical trick in a way. I would say it isn’t what I call food.

LIZ HAYES: Professor O’Dea is a biochemist and dietary specialist who believes we should stick to one golden rule.

PROFESSOR KERIN O’DEA: Don’t eat anything that your great-great-grandmother wouldn’t recognise. Well she wouldn’t recognise any of this – none of this. She wouldn’t recognise, probably, most of the food, except in the fresh section and she’d recognise the meat. So here’s an example of something that is advertised as a fruit bar. It does have real fruit in it, but the next biggest ingredient is sugar. It is a long way away from strawberries, and that’s the reality. We want to get back to strawberries. We don’t just want strawberry flavour.

LIZ HAYES: With so many additives and sweeteners in our modern diets, it’s little wonder obesity is now a national crisis and we’re facing an epidemic of diabetes. All the more reason to turn back the clock. Eating what’s in the backyard is what Linc Walker’s family has done quite literally forever. It’s just that Linc’s backyard is a bit bigger than most and his technique a bit more dramatic. Linc is taking me hunting and gathering on the coast of Far North Queensland. And when you know where to look there’s food everywhere.

LINC WALKER: That’s a native hibiscus flower. The whole thing can be eaten. Tastes like a lettuce.

LIZ HAYES: Mmn. Does indeed. To me, it’s a walk in the mud, but to Linc it’s a seafood platter ready for the taking.

LIZ HAYES: Look at that. That is huge. It goes on like this all morning. Linc and his brother, Brandon, know living off the land can be cheap and a lot of fun. But now there’s proof that an ancient diet can cure modern ills.

PROFESSOR O’DEA: It was one of the most fascinating experiences and most influential experiences of my life.

LIZ HAYES: Professor O’Dea took a group of Aborigines, all suffering from diabetes, back to the bush.

PROFESSOR KERIN O’DEA: We lived off the land for seven weeks and in that time, all of the metabolic abnormalities of diabetes and all of the risk factors for heart disease that I could measure just plummeted. People changed, those Aboriginal people changed completely when they went back to the bush. They were in charge of their lives. And they had this sense that we talk about now of mastery and control over their lives and we know that when people have a sense of mastery and control, they’re healthier.

LINC WALKER: Straight onto the fire, just roast ’em, all the juices get soaked up inside, gives the flavour to the meat.

LIZ HAYES: When’s the last time you bought a crab from a shop?

LINC WALKER: I’ve never bought one from a shop.

LIZ HAYES: And maybe it’s time we all took a leaf from Linc’s book. It’s been said that we’ve stopped eating food and started eating things that look like food.

PETER CUNDALL: Yes, we have. You know, it makes you wonder what it does to people.

LIZ HAYES: Most kids still think their food comes from a supermarket.

PETER CUNDALL: I know they do. In fact, I’ve had kids come here and look at apples and pears and peaches and apricots on our trees here, right, with amazement, and it’s lovely to get kids, to say, “Help yourself, “eat as much as you like, pull as many off as you like, “that’s a good one over there, try that one.”

LIZ HAYES: And that’s the key to this revolution – selling it to the kids through our schools. Here at Collingwood College in Melbourne, the students have their own vege patch.

STEPHANIE ALEXANDER: It’s about 800 square metres, so it is a big garden and it has to be a big garden, because its really feeding, partly anyway, 120 kids every week.

LIZ HAYES: It’s all part of a new curriculum – introduced thanks to the efforts of one of Australia’s best-known chefs, Stephanie Alexander – a kitchen garden program that’s about to see kids in 250 schools across Australia learn to grow and cook their own food.

STEPHANIE ALEXANDER: Unless there’s some intervention, they are going to grow up with an extremely narrow experience of food and it’s probably going to lean heavily towards pre-prepared, processed, high-sugar, high-fat, high-salt.

STEPHANIE ALEXANDER: It seems to me that pumping kids with messages of good food, bad food, don’t eat this, this is bad for you, ignore that – they haven’t worked and I believe that the success comes with giving children the opportunity to experience things themselves and you’ll find that they are very, very ready to try new things, particularly if they’re young.

LIZ HAYES: From community gardens to inner-city schools, from muddy mangroves to suburban backyards, we’re all going back to basics, and as far as this great old gardener is concerned, it can’t come soon enough.

PETER CUNDALL: We’re going back, in a way, to what people in Australia used to do. In the 1950s and before that, they had their vege patches. Now we’re doing it all over again and we’re going back to that great healthy period.

LIZ HAYES: Yeah, well, not a bad idea either.

PETER CUNDALL: All I can say to everyone “Do it!”